Compute, Storage and Networking are the main building block of any cloud environment.

Types of Storage
Storage can be broadly categorize into three (3) types:
Click on the link if you want a more detailed description of each type of storage.

Cinder was part of Nova (nova-volume) and was broken out to be a separate project in the Folsom release.  Cinder can be deployed standalone without other OpenStack services.

Cinder is similar to Amazon Web Services S3 (Simple Storage Service) offering in which it provide persistent block storage for the compute engine.

OpenStack wiki has this description for Cinder:
Cinder is a Block Storage service for OpenStack. It's designed to allow the use of either a reference implementation (LVM) to present storage resources to end users that can be consumed by the OpenStack Compute Project (Nova). The short description of Cinder is that it virtualizes pools of block storage devices and provides end users with a self service API to request and consume those resources without requiring any knowledge of where their storage is actually deployed or on what type of device. 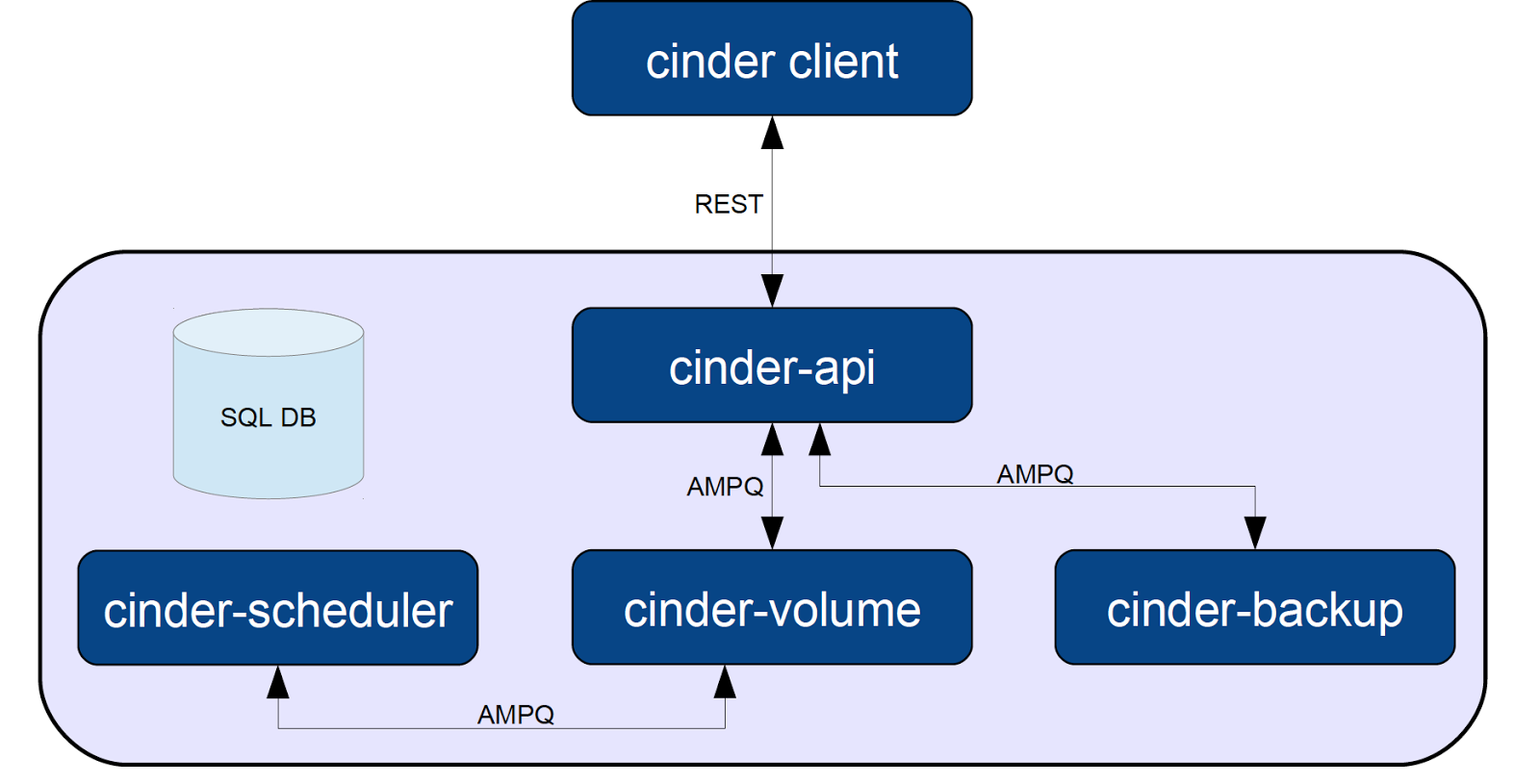 The physical storage for Cinder can be physical disk or SSD.  It can also be external storage systems offered by third party storage solutions such as NetApps or EMC.