In essence, Keystone is to provide authentication and authorization function for the various elements in OpenStack.  User presents a credential to Keystone and based on the result of the authentication process assign a role along with a token to the user.  This role specifies the rights and/or privileges to perform different operations within OpenStack.

User can be a

User can be grouped together as Tenant which can be a project, group or organization.

Keystone assigns a tenant and a role to a user.  A user can have different roles in different tenants.

This diagram show the flow of an authentication process 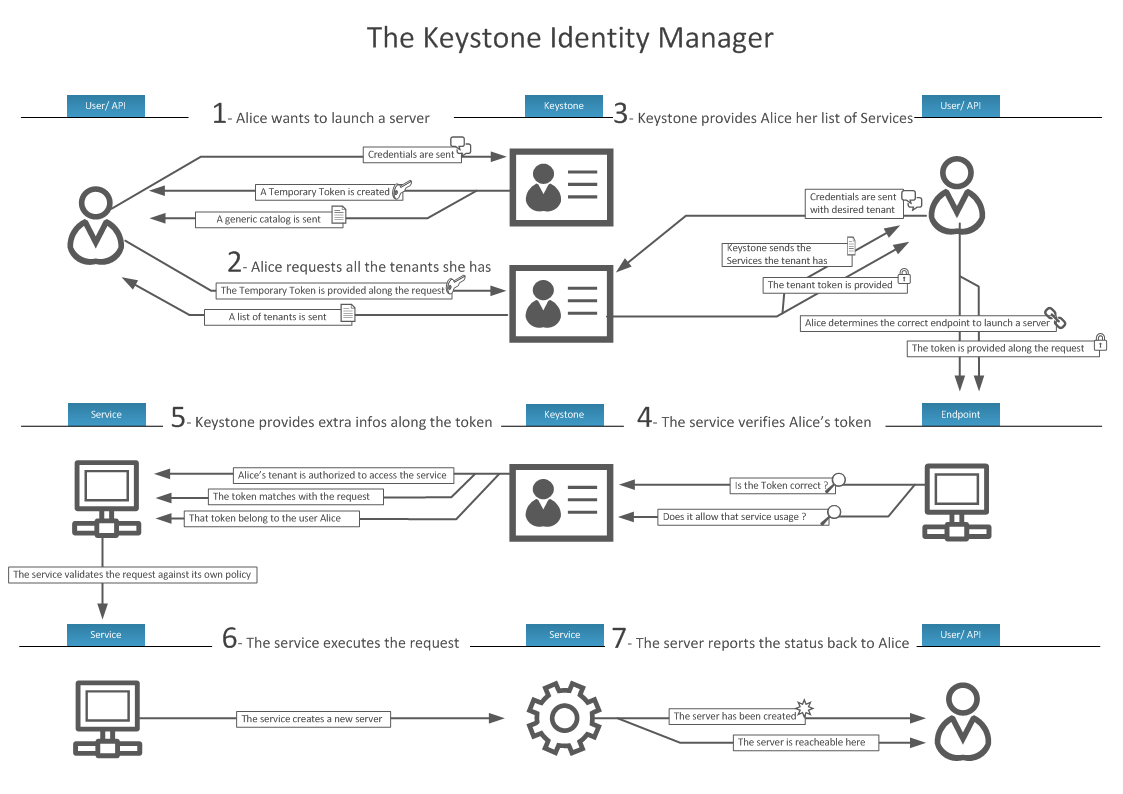 Each of these internal services can be configured to use a service back-end.  IBM has a good article explaining the components of Keystone in which it outlines some of the more common back ends include:


Lastly, as mentioned in my other port, one new feature for OpenStack Juno release is the federation of identity services.  If you are interested take a look here.  Instead of a single identity service,a wide range of identity services distributed around the Internet, called Identity Providers (IdPs). The advantages of using external identity providers are numerous, and include: