Trove is integrated into the OpenStack project in the Icehouse release.  Initially it was called "Project Red Dwaf". It was a joint effort by HP, RackSpace and Tesora.

The mission statement for Trove from OpenStack documentation is
"To provide scalable and reliable Cloud Database as a Service provisioning functionality for both relational and non-relational database engines, and to continue to improve its fully-featured and extensible open source framework." 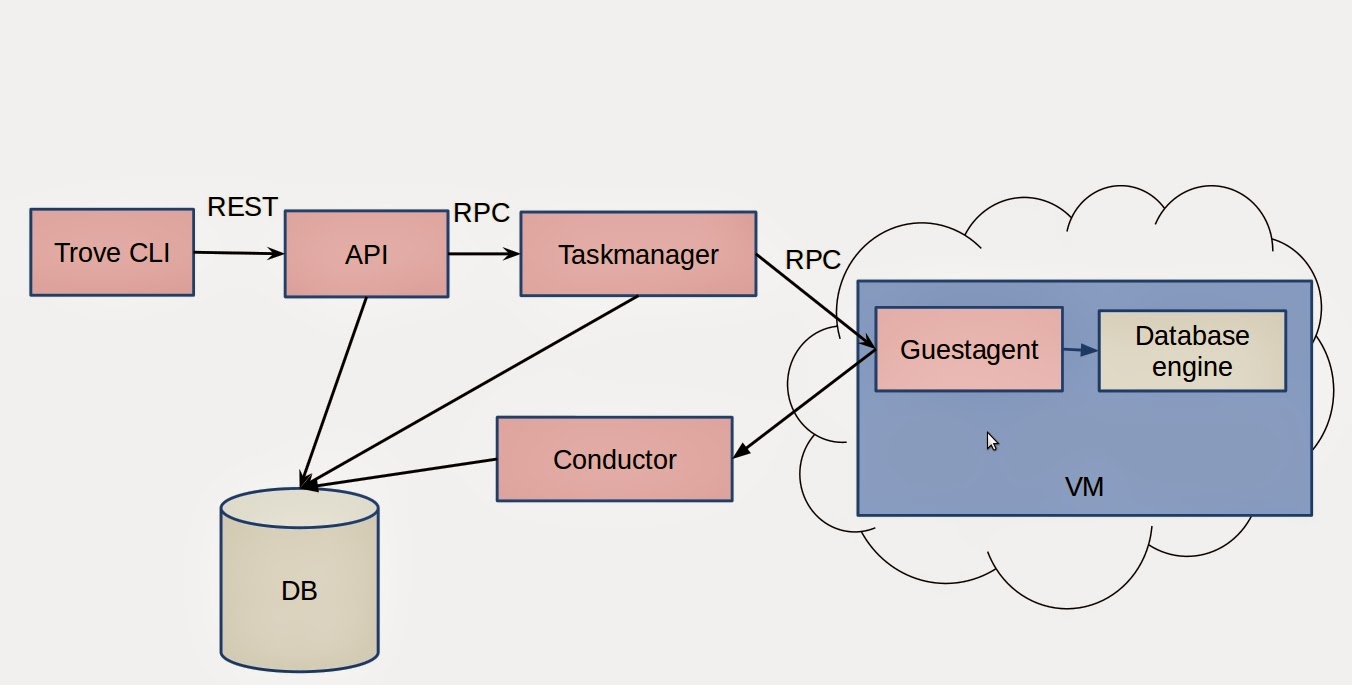 Another view that shows how Trove interacts with other components of OpenStack to provide the Database service. 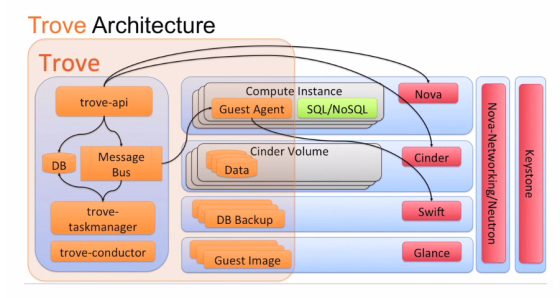 Core components of Trove
Detail description of each of these components can be found here.

The Trove-api service is a WSGI that handles the REST API in which user can provision a database instance, to scale the database instance's cpu and memory as well as storage space.  The API can also be used to manage the database instance.  As we can see in the above diagram, an internal Database (can be MySQL or PostgreSQL) and a Message Bus (RabbitMQ, Qpid) is used for the trove api server to communicate with the Trove-taskmanager in which all the actions are executed.

Trove also interface with Keystone for authentication as well as Neutron utilizing the networking service.