Amazon Web Services Part 1: Do you know all of these icons?

I came across this diagram the other day and it looks like a pretty painting in a museum.  This shows the Amazon Web Services icons 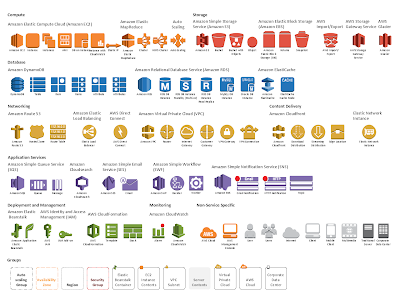 Well may be it is a little bit exaggerated. A painting in a museum should look like this: 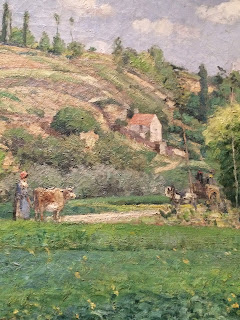 What got my attention from this diagram is the color.  The colors of the icons are nicely aligned like an array of soldiers.

This diagram not only gives an overview of the Amazon Web Services offerings it also groups the offering by category.  At the AWS re:Invent conference keynote AWS Sr. Vice President Andy Jassy said that by end of 2014 AWS will have more than 500 feature to offer to its users. New feature is announced at re:Invent such as Aurora, CodeDeploy, CodeCommit, CodePipeline

Amazon Web Services has the following category of services:
Amazon is well known as an online bookstore.  In 2002, it introduces the Amazon Web Services.  At that time cloud computing is a buzz word where everyone is talking about it.  With VMware bring server virtualization to maturity, cloud is becoming a reality to be an useful product because the virtualization technology is able to meet the demand of the cloud.  The idea of the cloud is very good.  On my last post I mentioned about the 5 characteristics of a cloud as defined by NIST (National Institute of Standards and Technology):
In the beginning security is a main concern for hosting in the cloud.  Recently, people seem to be willing to embrace the idea of the cloud and Amazon has market itself as a “safe” cloud.  Even the U.S. government is starting to migrate some of its IT operation to Amazon.  Amazon has a special “region” for the U.S. government – AWS GovCloud, where it has its specific regulatory and compliance requirement for sensitive data.

AWS Architecture
Besides knowing what features/services are offered by AWS, we need to know how these services fit into the big picture.  This diagram show the AWS architecture. 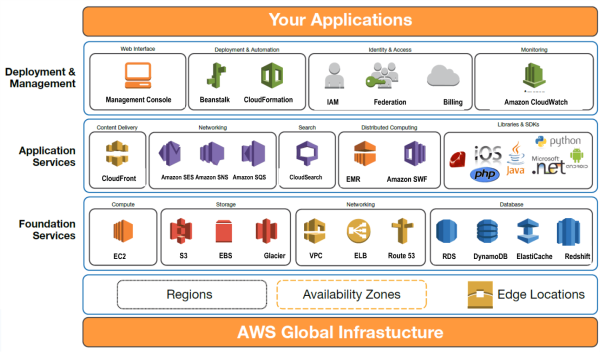 As I have mentioned before, I am a software developer for networking equipment and I eat, sleep and walk with the 7 Layers of OSI model that describe the networking stack.  I always like to see diagram showing different layers of feature or function or service.  Remember in one of my post in the OpenStack Series I have looked at OpenStack with different perspective.  Now when I look at Amazon Web Services, I found myself doing the similar approach.

This diagram logically divide the AWS services into:

Similar to the OpenStack approach the Foundation Services consist of Compute, Storage and Networking as well as Database

AWS Global Infrastructure
One thing that we have not look at is the bottom layer - AWS Global Infrastructure.  To understand Amazon Web Services besides knowing it offering and how they fit together,  it is also important to know how AWS put together the physical hardware because this affects both the performance and security of the application being deployed in the AWS public cloud.

When we look at AWS Global Infrastructure we have to know:
Regions 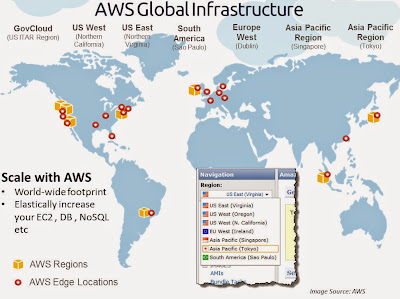 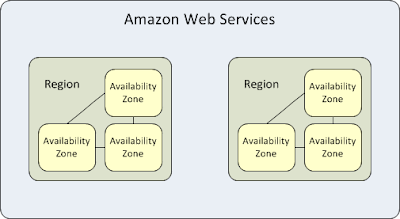 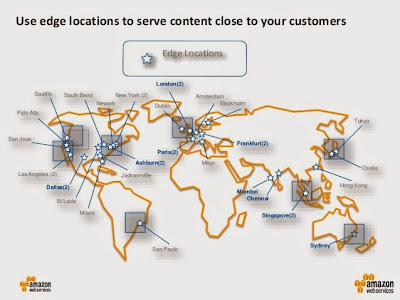