From DevOps to Puppet Part 1.

DevOps
DevOps is a emerging trend in the IT department. In various conferences you will find a DevOps track or sessions with standing audiences trying to listen to the speaker or to take pictures of the PowerPoint slides.

DevOps is a new word derived from development and operations.

Why putting these 2 together together?

Thanksgiving 2014 just went by and yesterday was "Black Friday" plus 2 days later it will be the "Cyber Monday".  Demand on eCommerce increases tremendously during these few days and then comes Christmas which is also a high season for online shopping (although the true meaning of Christmas is not to give gifts). Consumers of the IT services is demanding for faster service to adjust to changes.  User are also demanding for faster resolutions of problems.

The response to this new IT demands is to put Development and Operations into a team and work together to get things resolves.  Developer is reward by putting in new features.  Operations is reward by providing a stable system.  Often times the goal of a developer and an operation person will conflict with each other.  This will affect how fast a new feature can be rolled out and how fast problem found in production can be resolved.

DevOps provide a new methodology in which problems are broken into smaller problem so that it can be resolved faster.  It also provide an consistent environment for development and production and this is where Configuration Management Tools comes into the picture.

There are 2 important concepts that we have know about DevOps. The first one is that DevOps is a culture.  It is about people's mentality more than a fix methodology or check list to follow.  Each organization is unique and thus how DevOps is implemented will be different. The second one is that there is no such position as a "DevOps Engineer".  There will continue be Development Engineer and there will continue to be Operations staff. DevOps is only to put them together to work as a team and change how things are done - breaking problem into smaller problems and to provide continuous integration/feedback and delivery of new feature/bug fixes in a timely manner. 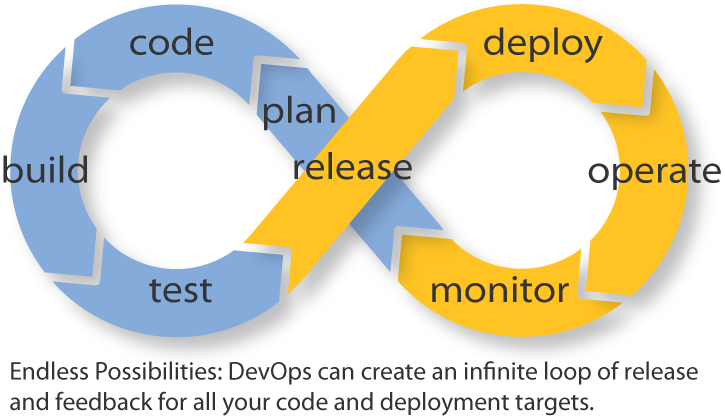 I highly recommend this book "The Phoenix Project" that talks about the subject of DevOps in a novel form.  I finished the book over one weekend.  I cannot put down the book because it was so interesting.  Instead of theory or opinion about DevOps, the book talks about a story of a company's IT problem and how different people solved that problem with the practice of DevOps.  It also went through different people objecting to the idea of DevOps and eventually saw the value of DevOps. After reading this book you will feel that you have went through implementing DevOps practice in your company's IT department with first hand experience and perspective. My wife thought something was wrong with me on that weekend.

Also if interested check out these "10 Must read DevOps books" article or this "DevOps Reading List" to find out if you want to read some of these books on the subject of DevOps.  Or check out this free "DevOps for Dummies" compliments of IBM.

It is being used to automate tedious and/or repetitive tasks.  This help to avoid human errors.  All Configuration Management Tools has built-in version control and change history.  When things goes wrong we can easily roll back to the previous working version.  With change history we can also trace back to the person who made the changes and to see what is the reason that a change is necessary.

Configuration Management Tools can also shield the user from knowing the details of different computing platform such as Red Hat and Ubuntu.

Note: some of the feature may only be available in the commercial version of Puppet - Puppet Enterprise from PuppetLabs. 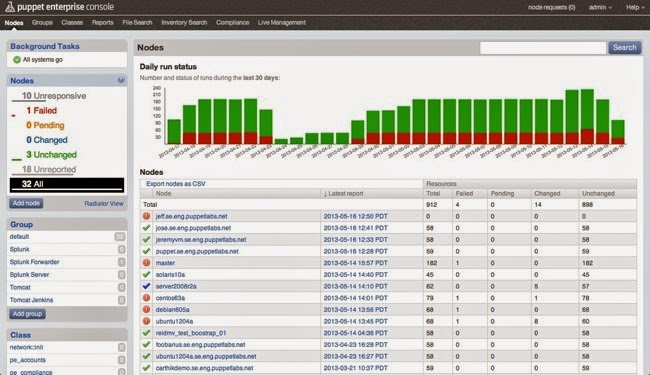 Puppet Enterprise also has the reporting capability such that user do not have to manually go through the log files to see might went wrong when there is a failure.  It can also generate a inventory of the system that is managed by Puppet Enterprise.

Will continue to look into other aspect of Puppet in the next blog post (Part 2).
Posted by Anthony Chow at 12:07 AM