A Paradigm Shift coming to the networking arena 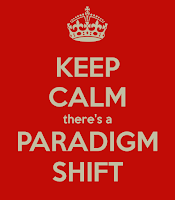 In Wikipedia "Paradigm Shift" is defined as "a change in the basic assumptions, or paradigms, within the ruling theory of science".  It is defined by Thomas Kuhn, in his influential book The Structure of Scientific Revolutions

It has been adopted in the business world to describe a "Fundamental change in an individual's or a society's view of how things work in the world".  One classic example of a Paradigm Shift in the business world is how the Japanese Automaker Toyota changed it car manufacturing process making it able to adjust to external demands or changes and thus making Toyota a major thread to the Big 3 U.S. Automakers.


DevOps is a Paradigm Shift in the IT industry and is becoming a popular way of agile software deployment methodology.

Then what is a Paradigm Shift in the networking arena?

I think most of us will think that Software Defined Networking (SDN) is a Paradigm Shift for the networking arena.

Well if you think this way you are only half correct. I am sure you will agree with me after reading this post.

Different people have different definition on what Software Defined Networking is.  I have a blog post that defines what SDN is.  This TechTarget article describe SDN as "an umbrella term encompassing several kinds of network technology aimed at making the network as agile and flexible as the virtualized server and storage infrastructure of the modern data center."

Overlay technologies such as VXLAN, STT or NVGRE is sometimes considered as a form of SDN.  In the blog post we will look at SDN as the separation of the control and data plane and there is a centralized SDN controller to program the traffic flow on the physical network device. 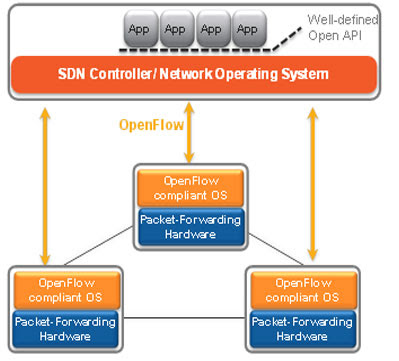 In this SDN model, there is the concept of:
Both the southbound and northbound interface has a set of APIs.

OpenFlow is the most common protocol used in the Southbound Interface to manage the flow dictating how the packers are moved from the source to the destination. (Note: OVSDB is the configuration management protocol used by the SDN controller to configure the Open vSwitch that is running on the physical network device).

The beauty of SDN is that it abstracted the physical networking devices with software and thus making the network programmable in respond to external changes.  The Northbound API is the channel for the network applications to interface with the SDN controller.  This article is a good primer on Northbound API.

This is a Paradigm Shift in networking as we are shifting from the how to the what when network application interface with the SDN Controller.


The Advantages of Intent-Based Networking

There are several advantages for Intent-Based Networking:

Portability: Workload in the infrastructure tends to move around and in the case of Docker Containers, the application come and go in a rapid manner and the same application may be provisioned on different physical host.  By specifying only the what and not the how, it makes the application more agile or in other words more portable.

Composability:  By specifying the intent, the operator or developer of the network application does not need to know the protocol, network attributes or vendor.  "It is possible to provide an integrated system where multiple, discrete SDN services are offered, while resolving and avoiding potential conflicts over shared resources such as forwarding table" as described in David Lenrow's more recent article on this subject

Security: In the traditional SDN Northbound API, it is possible for the attacker to manipulation the flow creation or deletion. In the Intent-based Networking model, the Northbound API only specifies the what and not the how thus making is more save.

Currently this Intent-Based Networking concept is still under development but is gaining support from the following well know networking bodies:

Further Reading on this subject

“Could Intent Modeling Save the NFV Business Case?“,