Open vSwitch is a open source virtual switch that provide logical switching on hypervisors similar to the VMware vSwitch and the Cisco Nexus 1000V. Full feature of Open vSwitch can be found here.  We can find good resource on Open vSwitch here and here 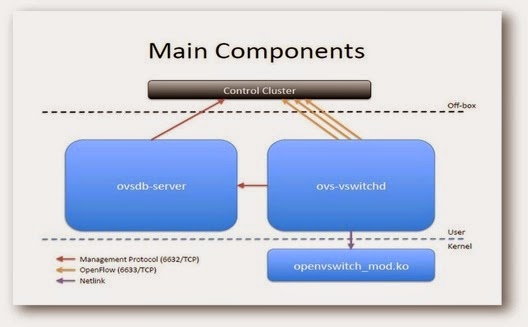 This diagram explain the operation of Open vSwitch very well.  Visually we can see the various components in a physical host (a picture is worth a thousand words). 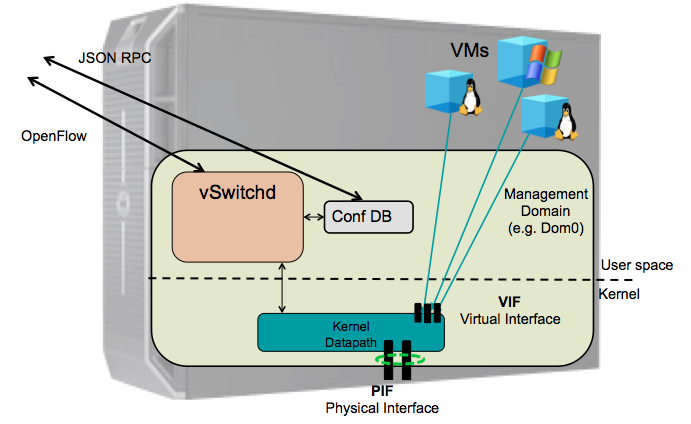 When we look at the features supported by Open vSwitch (OVS), we see that the list is very comprehensive for a switch.  (note: a switch is for layer 2 switching, check out my other post if you are not familiar with the 7 Layers of the OSI model).  There are 2 features on the list that makes OVS a good tool for OpenStack.  The 2 features are:
According to this article, OVS is the most popular plugin for OpenStack.

Open Virtual Network (OVN) will include:
and they are to be implemented on top of a an overly network such as VXLAN, NVGRE or GENEVE.   This is  most suitable to integrate with OpenStack Neutron as a plugin.


This article further explain that OVN provide Neutron with improved data plane performance through shortcut, distributed logical L3 processing and in-kernel based security groups, without running special OpenStack agents on hypervisors. Lastly, it will provide a scale-out and highly available gateway solution responsible for bridging from logical into physical space.

OVN will also work with Linux container systems.  Containers are also widely deployed in the OpenStack platforms. I also had a blog post on this topic on my OpenStack for Beginners series.

1. Open vSwitch
As Open Virtual Network is a sub-project OVS and is therefore a natural layer for the foundation.  OVS has special extension for OpenFlow support and thus OVN is tailor to how OVS used OpenFlow.  OVN may not work with other OpenFlow implementation.

OVN used the OVS integration guide (IntegrationGuide.md) in the OVS repository.  This defines the interaction between the OVN controller and the hypervisor or container that used the OVS.

This diagram is taken from the OVN Architecture Guide:

3. OVN Database
At this initial state of OVN, OVSDB is being used as the OVN Database. One of the design goal for the OVN Database is high availability but the ovsdb-server does not support clustering and it is important to resolve this issue as the OVN is supported to be a production ready feature.

More to come in the near future
Hopefully, we can see more development of this Open Virtual Network soon and if I am able to attend the OpenStack Vancouver summit I will certainly gather more information in this area and share them in this blog.