Who do you trust? - nobody 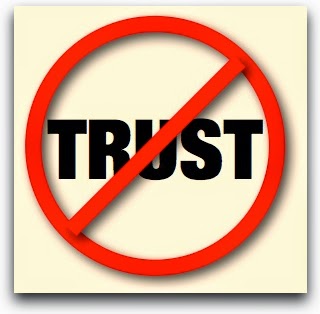 It is not about me. I do have faith in the human race and there are people that I trust.

It is about a new security model proposed by Forrester Research in 2010.

Traditional Network Security
The problem with the traditional network security model is that it assumes anything outside the network is untrusted while everything inside the network is trusted.  Heavy emphasis is put at the edge for network access control.  Once a user is in the network, there is not much control.

There is the Role Based Network Control (RBAC) in which based on the credential of a user and sometimes based on where and when the user is trying to access the network, a role is assigned to the user after the user successfully authenticates with proper credential. It is more useful when RBAC is implemented at the application level. To implement RBAC at the network level, security control is still limited.

With the proliferation of server virtualization, virtual machine can move from one host to another host.  This makes the application of security control more difficult - where is the perimeter?

Before we go on we need to spell out 2 definitions:


Traditional security model mostly tailor to north-south traffic and not much is done for east-west traffic.

VMware NSX is well known as a Software Defined Network (SDN) feature.  I have in another post stating that NSX is also a security product and according to Chris King, vice president of product marketing for VMware's Networking and Security Business Unit, a lot of customers show interest in NSX because of its inherited security feature because of it design.

NSX is a network virtualization platform and is able to automate, provision and managed network connectivity in a data center.  With NSX there are 3 levels of security that can be accomplished:

This diagram explain the concept that with the distributed firewall implemented at the hypervisor level, we can accomplished the zero trust security model where all traffic is being inspected and filtered according to the security policy defined: 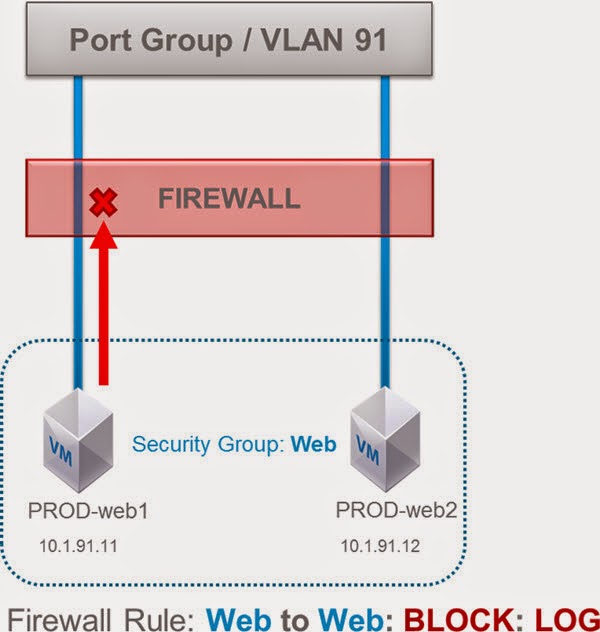 As the name of this feature suggests it is all about - Application.

image source: http://3.bp.blogspot.com/-2FAS38Y6bUo/VQMGC12Dd0I/AAAAAAAAAlU/oKuRsAG8ygw/s1600/cisco_aci_PolicyModelForSecurity.jpg
Endpoint Group
Devices with a common policy is put together as a group. It can be based on application friendly attributes such as OS, patch level, application type, application component or function.  Endpoint Group once created can be used to define security zones, trust boundaries or risk profile.  In ACI the default is no trust.

Policy Contract
The contract defines how data traffic is delivered between Endpoint Groups (EPG). This is is how the security rules are applied to devices regardless of where they are. In a virtualized environment, virtual machine migration is common. This contract defines filters and any associated action.  This is similar to our traditional firewall rules which based on the 5 tuples.  Policy contract enforcement for Endpoint Groups can be unidirectional or bidirectional.

Trust and no trust
I believe the networking industry is catching up with the server and storage virtualization technology.  In a network we should trust no one but in our daily life we should have a certain trust level to other people that we come into contact with.  Everyday we are creating and updating out "Human Centric Profile" as to who and how much we can trust the people we know.