Often time there is the notion that with Docker, the Linux Container technology is going to replace server virtualization.  The reasoning for this thought is that with Linux Container virtualize application on the operating system level in which the hypervisor is no longer needed.

Another camp of thought is that container does not have the robustness and enterprise ready feature such as resource allocation management, high availability or even manageability that can be offered by VMware.

In VMworld 2014, VMware CEO Pat Gelsinger on his keynote session announced the collaboration of VMware, Google and Docker in the Software Defined Data Center (SDDC) sighting that running Docker on a virtual machine is the best of both world giving user a lot more flexibility and benefits.

What is Docker
Docker, Inc is the company behind the open source Docker platform. 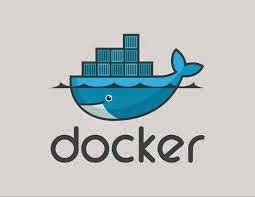 Docker is an orchestration or packaging tool that allows applications and their dependencies to run on container technology.

According to this article Docker consist of:
It is all about:  APPLICATION.

Before we dig deeper into Docker we have to look into the container technology.

Container
Container is not a new technology.  We can trace the origin to FreeBSD Jails back to year 2000 where programs are run in a sandbox.  Solaris (now part of Oracle) has this implemented as zones.

Google has its own version of container – Imctfy and is being used heavily to support Google Search Engine, Gmail and other Google applications.

Once an application is “Dockerized”, it can be run on any platform as long as the OS is the same as the container is created.  Now we can deploy container on-premises (private cloud) or move it to the public cloud such as Amazon Web Services or Google Cloud Computing.

Recently Microsoft has announced support for Docker in their public cloud – Azure.

Popular Configuration Management Tools such as Puppet and Chef can work with Docker and this made the deployment process even easier and Docker a perfect fit for DevOps.

Docket support can also be found in OpenStack Nova.

This diagram captures the core components of Docker:


Red Hat has a good description of Docker fundamental components:

·     Container – an application sandbox. Each container is based on an image that holds necessary configuration data. When you launch a container from an image, a writable layer is added on top of this image. Every time you commit a container (using the docker commit command), a new image layer is added to store your changes.
·      Image – a static snapshot of the containers' configuration. Image is a read-only layer that is never modified, all changes are made in top-most writable layer, and can be saved only by creating a new image. Each image depends on one or more parent images.
·      Registry – a repository of images. Registries are public or private repositories that contain images available for download. Some registries allow users to upload images to make them available to others.
·      Dockerfile – a configuration file with build instructions for Docker images. Dockerfiles provide a way to automate, reuse, and share build procedures.

Along with the components let’s take a look at the technologies that make Docker works:

Namespaces
Linux namespaces provides isolations for each container.  Applications or process inside a container do not have access outside of the namespaces that the container is in.  There are different namespaces and examples are pid, net, ipc, mnt or uts.

UnionFS
This is how containers are made to be light weighted.  Linux kernel first mounts the root system read-only and then change to read-write.  With the union mount, instead of changing from read-only to read-write, a read-write file system is layered on top of the read-only based Filesystem. Union mean to layer read-write with read-only layers. 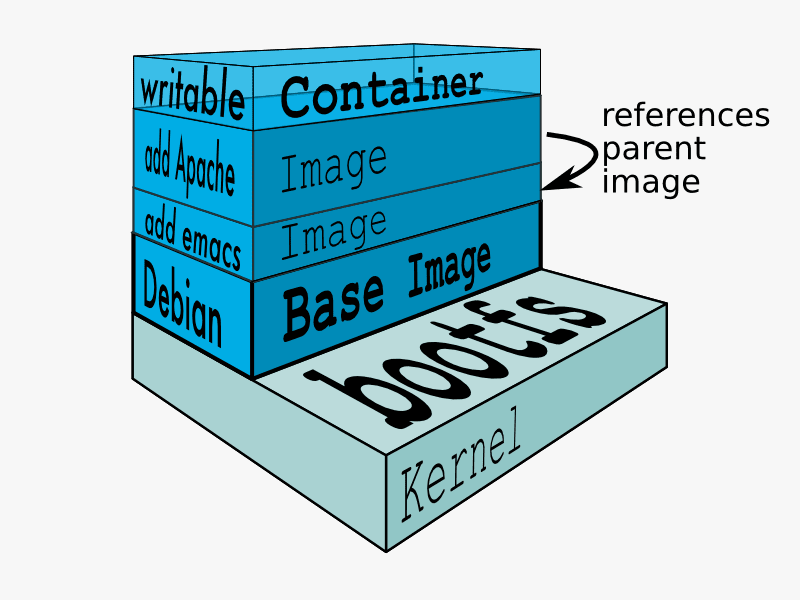 VMware Project Fargo
So how does VMware embrace Docker?  If you want more information about how VMware uses Docker this blog post is a good start.

In VMworld 2014, VMware announced Project Fargo (currently in beta as of this posting).

Project Fargo according to the blog post from the blog post mentioned is “a technology to provide a fast, scalable differential clone of a running VM” and it is particular useful in a VDI environment.  In fact, it is to make Docker containers to run faster on a VM than they are running on a native Linux machine.

This is how VMware is saying: VMware + Docker = Best of both worlds.

More information about Project Fargo can be found here, here and here.
Posted by Anthony Chow at 10:34 PM