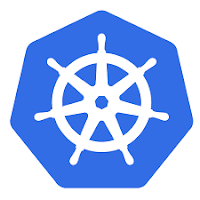 
According to the blog post from Kubernetes, this release focuses on scale and automation. Mirantis has a very good “What’s new in Kubernetes 1.6”. In this article, it listed the following categories of major changes:
“Other changes” is the catchall category for those changes that are also important. For all the changes in release 1.6, check out the release notes on GitHub.


What is Container Runtime Interface?


In brief, the Container Runtime Interface is an abstraction layer allowing kubelet to interface with any container runtime. Before release 1.5, without this interface, adding container runtime support will have to make coding changes to the kubelet source code.

This diagram explains how the Container Runtime Interface works:

Container Runtime Interface is turned on as the default behavior in Kubernetes 1.6 even it is still in beta status. Beside runc and rkt, currently these container runtime are in developement to work with CRI: