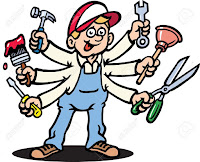 I believe usually this phase "Jack of All Trades" has a bad connotation especially "master of none" goes with it.

These few years if you have read my blog, you will see that I am exactly in this position.

In my journey to the cloud, I found that I have to pick up a lots of new technologies everyday as this industry is moving in a high pace.  Often times I found that I have to get back to the basics on various topics such as YAML, JSON, systemd, SELinux, linux bridge ... etc.  Yet there are other things that has different flavors.  Linux has Debian and Red Hat/CentOS/Fedora.  Container has Docker, CoreOS ... etc. Container orchestration has Kubernetes, Mesos ... etc.  SDN has OpenFlow, VMware NSX, Cisco ACI ... etc.  I have been thinking what I have been doing is making me to become a Jack of all trades which in turns a master of none.  This cannot be good. :(

Well, some people will say that oh you are just becoming a generalist. This is a little comforting but still I feel that something is not right with this label.  While contemplating on this I have this idea recently, instead of thinking myself as a generalist, I am in fact being comprehensive.  What triggers me to have this idea is that recently I found that all the different things that I have been trying to pick up is starting to come together.  I can see relationship between the different pieces.

My background is a software developer in networking and I can see that container can be used for Network Function Virtualization.  Also I found that some networking equipment vendor is already running containers on there router which is using Linux as the operating system.  Each feature can be deployed as a single container and this makes bug fixing easier.  To patch the software for one bug, we can just stop one container and then load in the new one and restart that container while the other features can still be operational.

Lately, I have not blog that much and even when I blog, the articles are not technical in nature.  So let me update you what I have been doing lately.

In may I had a one hour podcast with vBrownBag on Ansible and PKI (Public Key Infrastructure).  I did not know I can talk for one hour non stop.  One thing amazes me is that even when something went wrong with my demo I was still able to keep on talking and troubleshoot in the same time.  It was fun.  If you are interested, go to this link .

I have been using Ubuntu for some time and is very comfortable with it.  Last week as Fedora 24 was GA, I reload my desktop with Fedora.  There are 2 main reason that I wanted to try out Fedora.  The first one is I wanted to play with systemd and the second one is that most Linux deployment in the enterprise are Red Hat based.

Sometimes being a Jack of all trades does payoff.  In the upcoming VMUG, the original theme was container and I was going to give a user presentation on container with some demo on how to spin up a single container.  The theme got changed because we eventually found a sponsor and they are in the storage area.  So we change the theme of the meeting to be NSX and storage.  We were able to find a NSX expert to cover the VMware portion of the meeting.  With that I was able to change my presentation to gear toward NSX and now I will be talking about "A survey on SDN technologies" so that attendees without much networking background can pick up some SDN basics and get more from the VMware NSX in-depth materials.

In the mean time I am adding a new area into my bag of tricks.  I will be looking into Amazon Web Services.  I will be presentation at vBrownBag in September covering exam objective section 3 for the Amazon Web Services Solution Architect (associate level) certification.    Well, this means I am going to sit in for this certification as well.  I have never thought that I will get into the public cloud.

As you can see I am really all over the places learning different things and is truly a Jack of All Trades.

Hopefully, all things will come together real soon and I will be able to find a job that is cloud related. My journey to the cloud had not been easy but I learned a lot and also I get to know different people both online on social media and personally.

So I would say it is good to be "Jack of All Trades", if we are able to connect the dots. 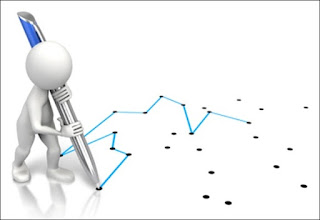